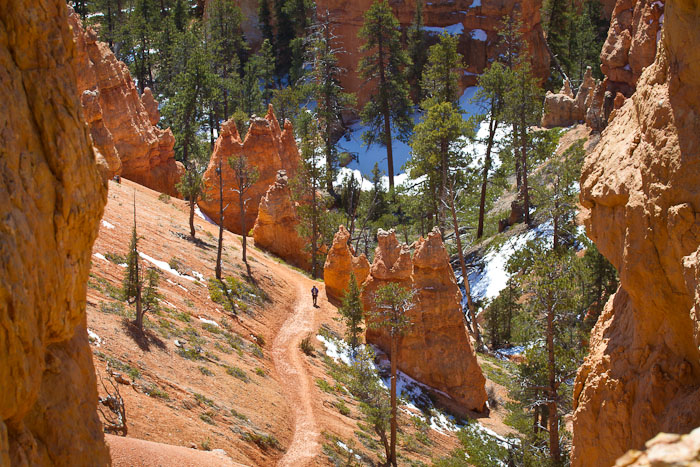 North Campground is at the north end of Bryce Canyon National Park across from the Visitor Center. Bryce Canyon National Park has two campgrounds, North and Sunset, located in close proximity to the visitor center, Bryce Canyon Lodge and the geologic wonder that is the Bryce Amphitheater. Both have restrooms with flush toilets, and drinking water. During the summer months coin-operated laundry and shower facilities are available at the general store nearby. There are no hook-ups in the campgrounds, but a fee-for-use dump station is available for RV users at the south end of North Campground.

NOTE: Dump-station is closed during winter because of freezing temperatures.

ALSO NOTE: Bryce Canyon campgrounds are getting an upgrade this year (2011)! Both North Campground and Sunset Campground will have SOME sites TEMPORARILY closed this summer while our crews work to upgrade roads, water lines, and restrooms.

It would be possible, of course, to feel contempt for people entirely oblivious of the power structure within which they had their own security. But what do people in general know about how their privileges relate to their fellow citizens' lack of privileges? Is it possible, even, to live with an exact knowledge of where you yourself stand in the network of human exploitation?

Almost There: The Onward Journey of a Dublin Woman, Nuala O'Faolain