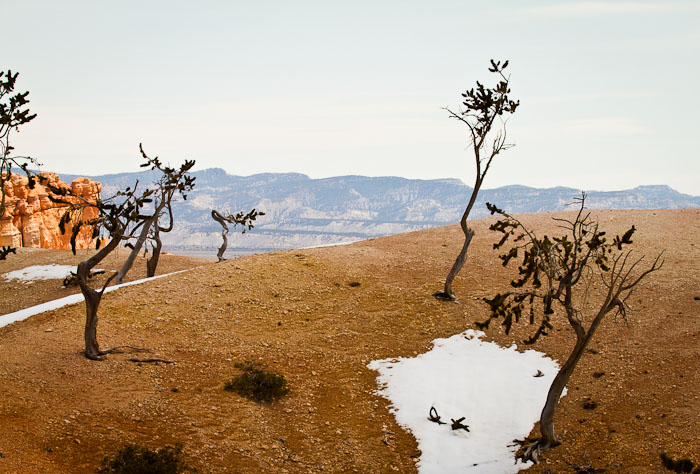 The NPS page is quite detailed and says this among other things:

Bristlecone Pines (Pinus longaeva and Pinus aristata) are among the oldest living organisms on earth. Clone-creating plant species like Quaking Aspen live to be much older if you age their root systems. Bristlecones are only found in six states, Utah included. The oldest LIVING tree is called "Methuselah" and is 4,765 years old. This tree is nearly 1,000 years older than any other bristlecone alive today. It lives in a secret location in the White Mountain range of eastern California. The oldest known tree named "Prometheus" was cut down in 1964 by a doctoral student. He was studying climate change as expressed in receding glaciers whose historic size could be measured by influence on the growth rings of nearby ancient bristlecones. This happened in what is now known as Great Basin National Park. The tree was later confirmed to be almost 4,900 years old.

The tree is also noteworthy because the needles stay on the limb for over 40 years, unlike most other pines, which shed their needles every few years. This is important, because the tree can go through periods when it does not grow at all. At such high elevations (8,000-11,000 ft), there are years when the environment does not thaw. This prevents the tree from putting on a new year's growth (both foliage and cambium rings.) By keeping its needles longer, the tree doesn't lose all of its foliage without having the opportunity to grow new needles. It also means that a tree with 900 obvious rings may be significantly older.

Leaving home is a kind of forgiveness, and when you get among strangers, you’re amazed at how decent they seem. Nobody smirks at you or gossips about you, nobody resents your successes or relishes your defeats. You get to start over, a sort of redemption.