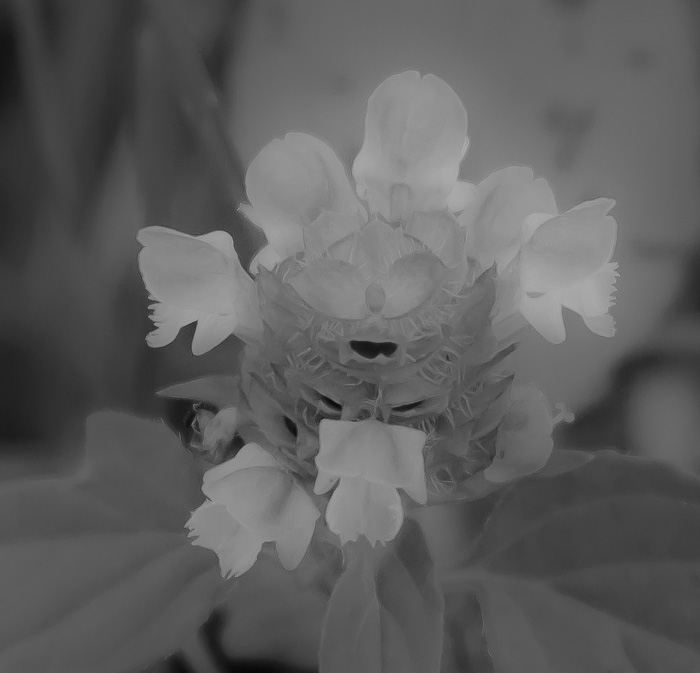 You'd recognize this Common Selfheal as a lawn weed if you saw it but I just had to mess with this one. It's that pesky little square stemmed perennial with the cylindrical terminal spikes of purple to blue flowers. After flowering the stems elongate and hold the dead terminal spikes waving aloft so the kid can shoot the cat with little missiles.

Words Get in the Way

Research shows that language suppresses visual memory, This is called verbal overshadowing and is a well-established phenomenon .... For example, in one study people watched a short videotape of a bank robbery, then spent twenty minutes doing something unrelated. Then one group spent five minutes writing down everything they could remember about the bank robber's face, while the other group did an unrelated task.