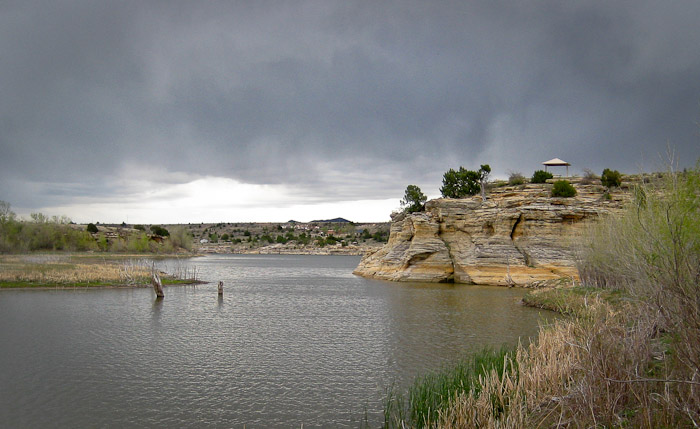 Clayton Lake State Park is on a man made reservoir about 12 miles north of Clayton NM.

Disaster and the Failure of Authority

Disasters are almost by definition about the failure of authority, in part because the powers that be are supposed to protect us from them, in part also because the thousand dispersed needs of a disaster overwhelm even the best governments, and because the government version of governing often arrives at the point of a gun. But the authorities don't usually fail so spectacularly. Failure at this level requires sustained effort. The deepening of the divide between the haves and have nots, the stripping away of social services, the defunding of the infrastructure, mean that this disaster—not of weather but of policy—has been more or less what was intended to happen, if not so starkly in plain sight.