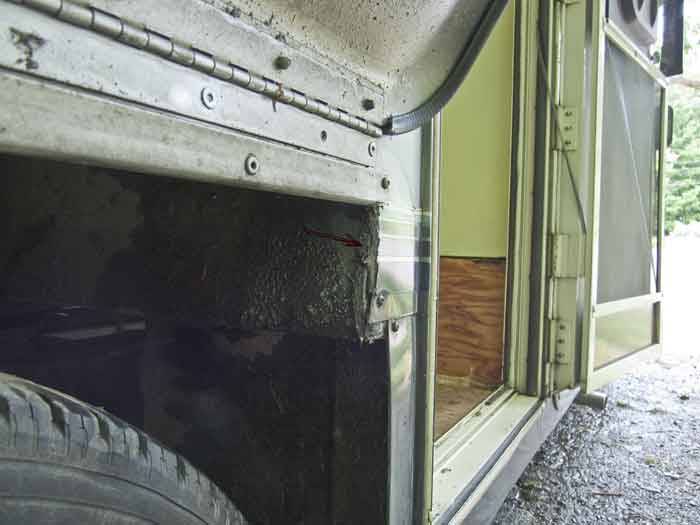 Break in seal at forward edge of right wheelwell, June 8, 2009

There is rain in the forecast for the next few days so today I spent some time looking for the source of those two pesky water leaks (see A Tale of Two Leaks) to try and seal them before it rains. I think I finally found them.