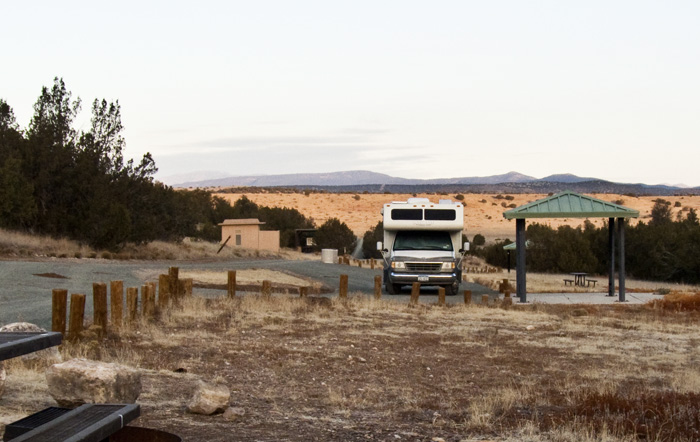 With 14-3/4 miles of mapped passages, Fort Stanton Cave is the third largest cave in New Mexico. The cave is open for recreational caving under permit from April 15 to November 1.

To quote the Bureau of Land Management

Very slow moving ground water dissolved the grayish-brown limestone in which the cave is formed and recrystallized that limestone into a white-colored mineral called calcite. Through numerous infillings of ground water saturated with calcite, followed by draining and drying, repeated coats of calcite were laid on the bottom of the cave through the entire five miles of Snowy River passage that has been surveyed to date. This unique white crystalline deposit glistens like snow and may be the largest calcite formation in America. Several endemic microorganisms have been discovered in this new section of the cave. In this sunless environment, species living here do not get their energy from the sun. Instead, they chemically break down rock. In the process, they create chemical byproducts that could have pharmaceutical uses. There are also several species that have formed symbiotic relationships with each other.

Continuing exploration and scientific research will help us better understand the formation of caves in this area, improve our understanding of groundwater hydrology of the region, and increase our knowledge of the biology of the cave. In the years to come, many new biological discoveries are anticipated.

Due to the scientific importance of the cave, the Snowy River passage is not open to the public. BLM is planning interpretive products in the future so the public can enjoy and better understand this unique resource.

[Learning by watching] is called observational learning. When it comes to evolutionary fears, as well as to many other areas of learning, animals and people learn by watching what other animals or people do, not by doing something themselves and learning from the consequences. I have the impression this lesson hasn't quite been absorbed by most educators. You read that hands-on learning is best, but that may not always be so. Obviously evolution has selected for strong observational learning in animals and in humans.