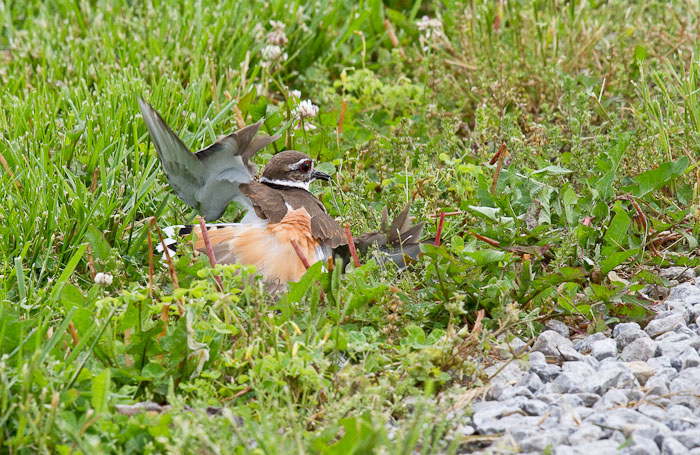 What's a poor mother to do?

What's a poor mother to do? Freak OUT! .... and then get on with the ol' broken wing decoy trick. Works every time. Almost.

Another wait of more than an hour and he was back in the berry picking business. He found some good patches and was really canning the blueberries. Only room for so many and what appeared to be about two gallons spilled out behind. Now and again he used the claws of a front foot to rake a bush in front of the picker head.