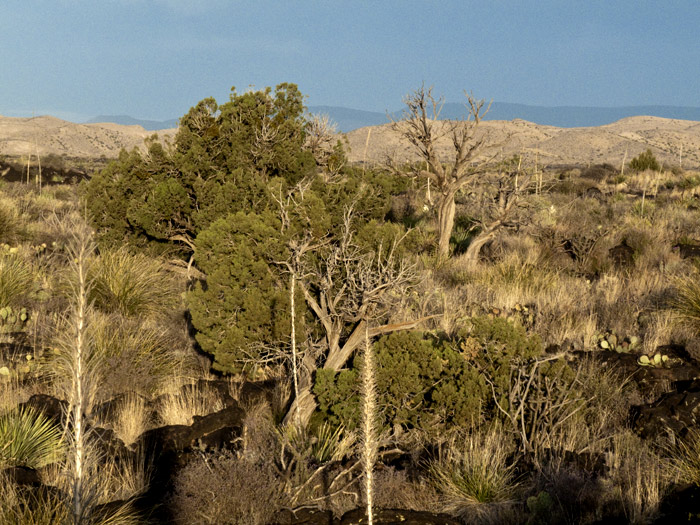 Back on Saturday, December 5, 2009 - Brantley Lake State Park, Carlsbad NM I mentioned New Mexico's plan to close the park system December 23rd and 24th this year as part of an employee furlough program the State put in place to help deal with their budgetary shortfall.

It's time to start drifting toward a solution to the problem of where to make my Night Camps those nights so tomorrow I'm going up to Valley of Fires Recreation Area, Carrizozo NM. From there I'll head west over to the Rio Grande valley and hopefully touch base with friends at Bosque del Apache National Wildlife Refuge and Elephant Butte State Park as I drift down the valley before making a blast over to Henderson NV to spend a few days with cousins Ken & Connie between Christmas and New Years.

I'm convinced we're at one of those rare historic inflection points, where the formerly reliable center can't hold and, without the benefit of our imminent history, we flail around wondering why our life isn't as stable as we think our parents' was.