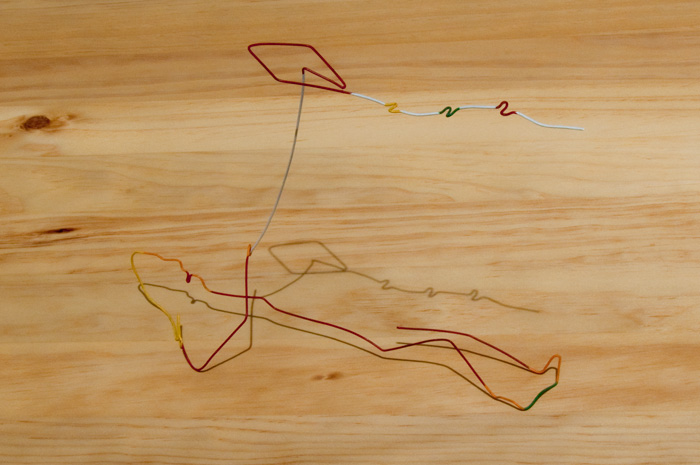 About fifteen years ago I started playing around bending wire into bird, animal, and human figures and some inanimate figures as well. Back in April I was showing some of them to Kate and with her encouragement we spent a sunny morning photographing them. I'm presenting a few of those images in a series here.

Naturally, the common people don't want war, but after all, it is the leaders of a country who determine the policy, and it is always a simple matter to drag people along whether it is a democracy, or a fascist dictatorship, or a parliament, or a communist dictatorship. Voice or no voice, the people can always be brought to the bidding of the leaders. This is easy. All you have to do is to tell them they are being attacked, and denounce the pacifists for lack of patriotism and exposing the country to danger. It works the same in every country.