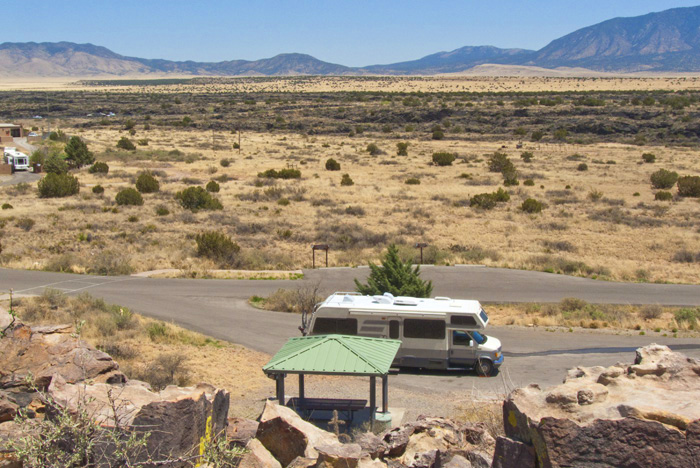 From the department of best laid plans and all that

It only took me about 50 miles today to alter my course east. I had planned to head up I25 from Elephant Butte and catch US60 east at Bernardo NM and follow it east at least as far as the Mississippi. I like to travel by picking a route, generally on the old federal highway network, and follow it day after day without having to read a map. This is a holdover from my motorcycling days when it wasn't always so easy to consult a map while underway - especially in the rain.

But I didn't get far along with my plan today when on a whim I left I25 at San Antonio and headed east on US380 towards Roswell instead. I had never traveled this section of US380 and wanted to see some new country. All went well rolling along over the mountains and across the valley north of the Trinity site when I found myself so fascinated with the otherworldly landscape of the 5,000 year old Malpais Lava Flow I just had to grab the opportunity to stop for the night at the Valley of Fires Recreation Area when it hove into sight.