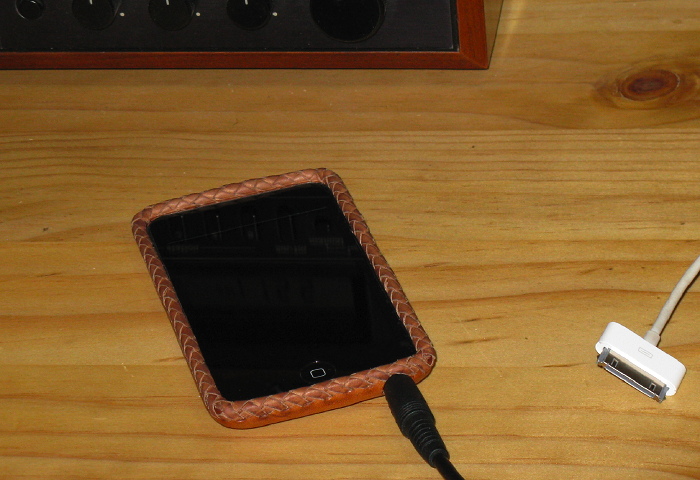 Yesterday I finally finished making the leather case for my amazing iPod touch I started way back on January 13th and today I started building a page describing the process at iPod Touch Case.

Moving up to City of Rocks

Today I needed to run some errands in Deming and decided to move up to City of Rocks. I've been at Rockhound State Park, Deming NM long enough to get just a tad bored with it and besides, there are more rigs here than sites and I thought I'd relieve the congestion just a bit and let someone else enjoy my Site 27 for a while.

With that excuse in place I moved. The real motivation comes from my finally getting around to adding some of the missing images to old pages here. I've been working on the City of Rocks pages (starting with March 6, 2008) the last few days and I'm reminded how photogenic the City of Rocks park is and how much I want to hang out here for a while.

I remembered hearing of a backcountry Park Service ranger who was cleaning up after dinner one evening when he heard a chilling scream. He ran out of his cabin in time to see a mountain lion standing with a dead deer next to her. The lion saw the ranger and bounded off. The ranger realized this might be a rare opportunity to closely observe a mountain lion, so he stationed himself a short distance away from the deer carcase. He sat in absolute silence, and listened closely as night deepened. After sitting in darkness for well over an hour, he gave up hope of the lion's returning and stood up. In the powerful beam of his flashlight, he could clearly see that the dead deer was no longer there. ...