What are those Circular Symbols drawn in the desert at Finger Ring Draw?

Poking around the City of Rocks neighborhood in Google Earth I came across an array of what appear to be stone circles in Finger-Ring Draw. 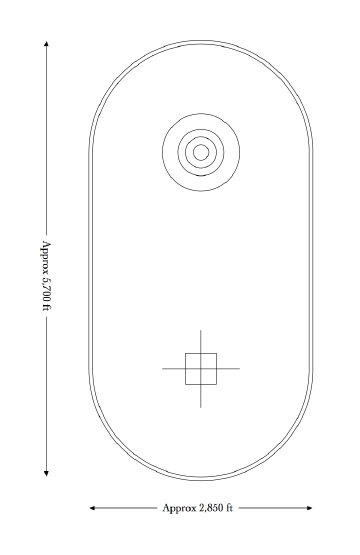 What are they? I think they are made of stones. It's hard to tell in the image. Check them out on this Google Maps Satellite Image.

Googling Finger-Ring Draw or the nearby Cook's Spring Historic Site turns up nothing about them. Huh? Now I'm hooked - it's time to start the research...

Scaling off the Google Maps Satellite Image I came up with this drawing. This thing is HUGE, over half a mile wide and over a mile long! The outer oval is about 2-3/4 miles around. The whole thing is surprisingly geometrically precise on uneven terrain. Even with surveying equipment it would take a fair bit of effort to lay out those circles and oval. Who built it? When? Why? Where can it be seen from? By whom? What does it mean?

Ah! A thought. The axis of the oval is aligned north/south - but is not quite perfectly aligned with the Google Maps north/south axis. Knowing the precession rate of the earth's magnetic pole and the alignment of Google Earth's map, could one estimate the date this thing was built? A closer look with Google Maps seems to show the axis aligning with Florida Peak to the south. And the circles are built on fairly flat terrain where they probably aren't visible in alignment, except maybe from Florida Peak, 20 miles to the south.

Fort Cummings was a heliograph station

Googling Cook's Spring and Fort Cummings I find this is a historically significant spot. Cooke's Spring, about 2 miles west of these rings in the desert, was a stop on the Butterfield Trail stage route, the first transcontinental mail route. Cooke's Spring was also the site of Fort Cummings, manned by a regiment of Buffalo Soldiers, a segregated African American unit. Fort Cummings was also a heliograph station during the Apache Wars.

A heliograph station? Hmmm.... a heliograph is a device for signaling long distance using Morse code interrupted reflected sunlight. Could these mystery rings have been part of that setup - perhaps used as an aiming target?

My preliminary research seems to indicate the Fort Cummings heliograph station was between stations at Camp Henely on Soldiers Farewell Hill north of Separ NM to the west and Lookout Peak on Robledo Mountain near Radium Springs NM to the east. All three of these stations are on the Butterfield Trail. 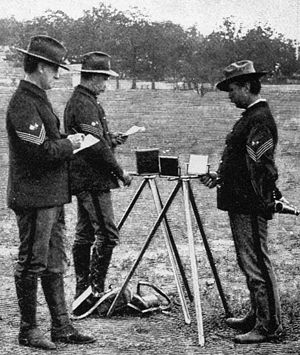 Significantly, one cannot see either of those stations from Fort Cummings. However, there is a hill across the valley to the east of Fort Cummings from which there IS a line of sight to both Soldiers Farewell Hill and Lookout Peak. This hill is named - get this - Good Sight Peak. I may be onto something but it's hard to see where these rings in the desert would fit nto the operation of a heliograph station. I've started to put together a Google Map showing these landmarks and the lines of sight between them. Check it out.

On getting there for a look around

In a New Mexico Wilderness Alliance article Cookes Range - Florida Mountains Complex there is information here about accessing the Cooke's Spring / Cooke's Canyon area in the neighborhood of these circles. Coming over the Hatch Cut-off on March 22, 2009 I took a look for the dirt road that leads in to this mysterious formation. I found it right next to a small ranch and chickened out about running in there - the road, Cooke's Canyon Road, looks like a farm road and I'm not sure what the etiquette is about traveling such roads. Maybe next time I'll be braver. I've been told the formation is on BLM lands so trespassing might not be a problem. I'll have to research that some more.

[UPDATE] This BLM Map - Deming NM [2.1MB PDF] shows these circles to be on BLM lands and some of the Fort Cummings site to be on private lands.

Clippings I've gathered that may bear on this mystery

It looks like I have some reading ahead of me. 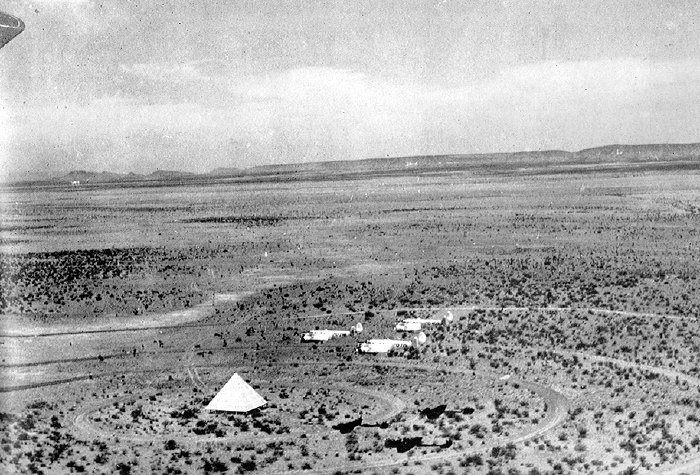 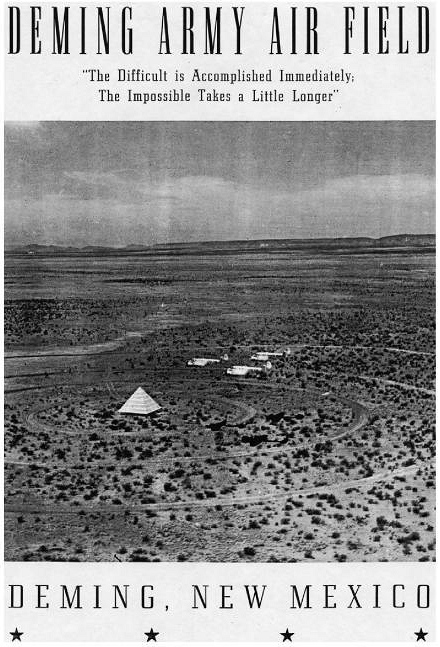