March to Quebec, compiled and annotated by Kenneth Roberts

March to Quebec, Journals of the Members of Arnold's Expedition, Compiled and Annotated by Kenneth Roberts During the Writing of Arundel. Roberts foreword begins: During the writing of Arundel I was obliged to consult all known journals written by members of Arnold's Expedition to Quebec. Many were difficult to locate; some almost impossible to obtain. In order to simplify the work of those wishing to consult these records, they have been brought together in this book for the first time. 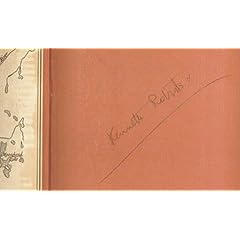 The forward to March to Quebec continues:

A magnificent study of the journals of the Arnold Expedition was published by Professor Justin H. Smith of Dartmouth in his Arnold's March from Cambridge to Quebec - a book essential to a complete understanding of the subject. Another study was made by John Codman in his Arnold's Expedition to Canada. Codman's book is easier to read than Smith's, but Smith's is more accurate. Codman accepted hearsay evidence and local tradition, and occasionally went astray on his facts, whereas Smith worked with the meticulous accuracy of the historian. An amusing aspect of a study of source books of the Arnold Expedition is the irritation shown throughout Smith's volume at Codman's carelessness. Some of Smith's irritation is probably due to the fact that Codman's less scholarly work appeared while Smith's was being written, and any author is resentful when he thinks his thunder has been stolen.

Neither Smith's book nor Codman's, essential as they are as sources, show the peculiarities of the participants in Arnold's great march. Only from the journals themselves can the student gain an understanding of the ability of Arnold as a leader, the pomposity and painful nobility that descended on sixteen-year-old John Joseph Henry in the later years of his life; the distressing sanctimony of Abner Stocking; the bogus elegance and spurious philosophy of Morison; the popeyed gullibility of James Melvin in the matter of army rumors; the youthful erudition of Dr. Isaac Senter; the increasing faint-heartedness of John Pierce and his fellow New Englanders; the contemptible pettiness of those who, in the light of later events, wrote into their journals unjustifiable slurs on their brave and indomitable leader. ...