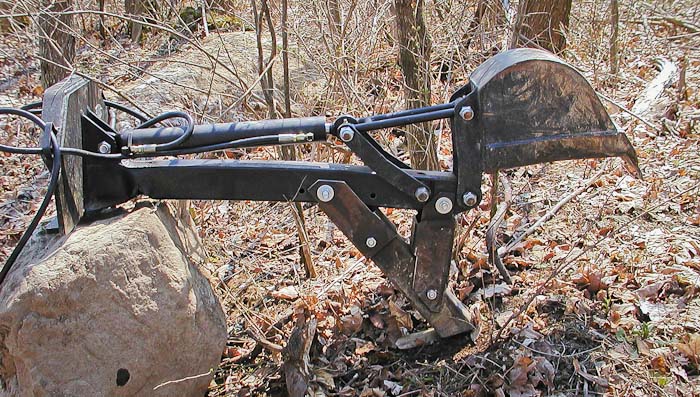 The thumb I added has taken the Power-Trac MiniHoe into a whole new realm of capabilities far beyond it's intended design and overloaded it's thinwall (1/8 inch) boom tubing which has bent and buckled necessitating a complete replacement.

Note the bend in the boom and the kink where it is welded to the quick attach plate. 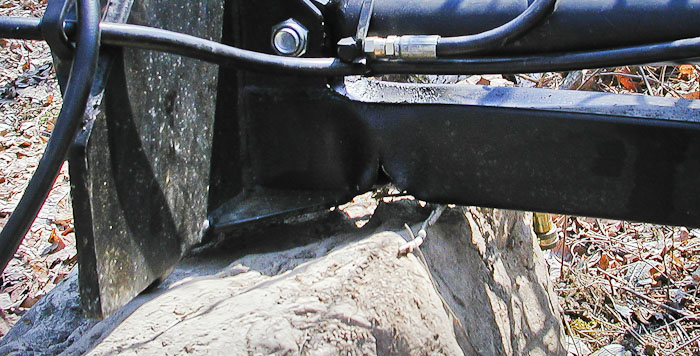 Power-Trac MiniHoe - a Closeup of the Kink

I took the minihoe to a local welding shop and they cut out the bent boom from the quick attach plate up to just shy of the drillings for the bucket pivots and forward thumb attachment and replaced it with 1/4 inch wall tubing. As long as I was at the shop I had them add stiffening plates to the sides of the bucket and stiffeners to the pivot brackets.

When I made the thumb I made it so that the bucket would curl fully around the tip of the thumb with the thought in mind that this would allow the bucket to function without removing the thumb. This has worked just fine as long as I'm careful not to pack a bucketful of dirt so tightly into the bucket with the thumb that it won't fall out when I uncurl the bucket.

For the record, the distance from the heel of the thumb to the closest point on the boom is about 11-1/4 inches. At this length the heel just scrapes the inside of the bucket as it curls. 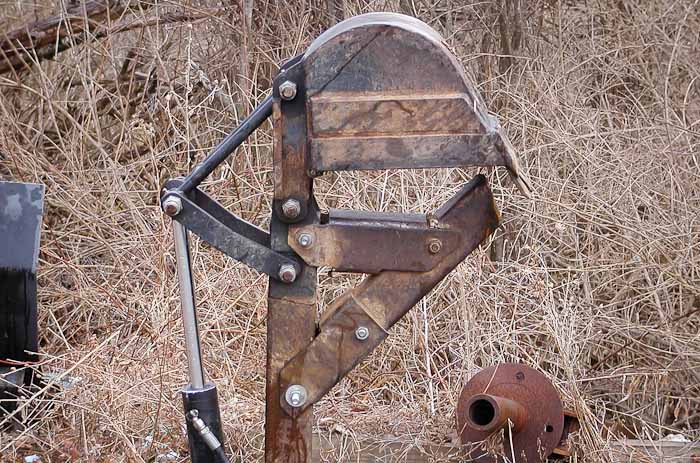 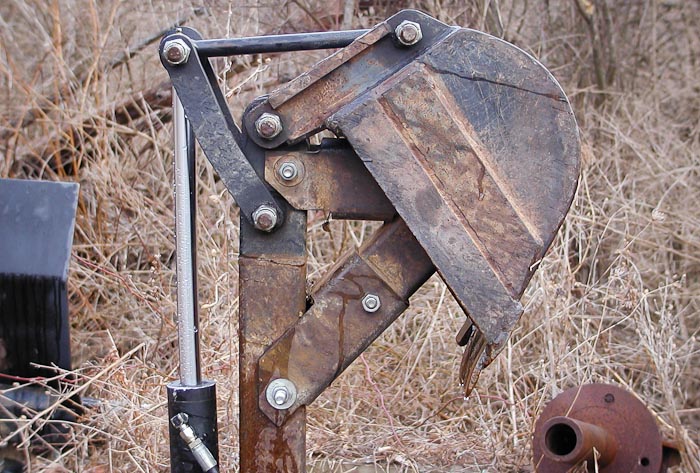 On a trip to Jane's Junkyard for steel I found the perfect boom for a heavier duty hoe - a Hydrocrane post. Now to decide whether to start a whole new "maximinhoe" project. 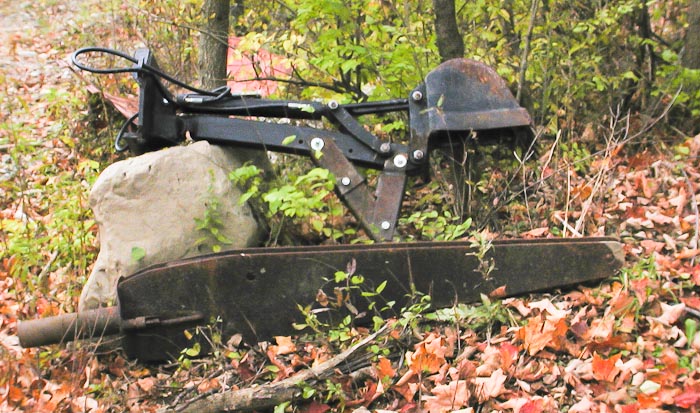 Coming back from Jane's I was thinking about the need for stabilizers with the minihoe. When one applies enough down force to lift the front of the tractor off the ground the front section immediately flops to one side. The thinking then went toward some kind of oscillation lockout, maybe a big plate that would bolt to one section and ride under the other such that the tractor could articulate but not oscillate. When I took a look at the tractor the solution seemed obvious and much simpler - a pair of blocks either side of the upper arm. Maybe leaving just a bit of play for a bit of oscillation. 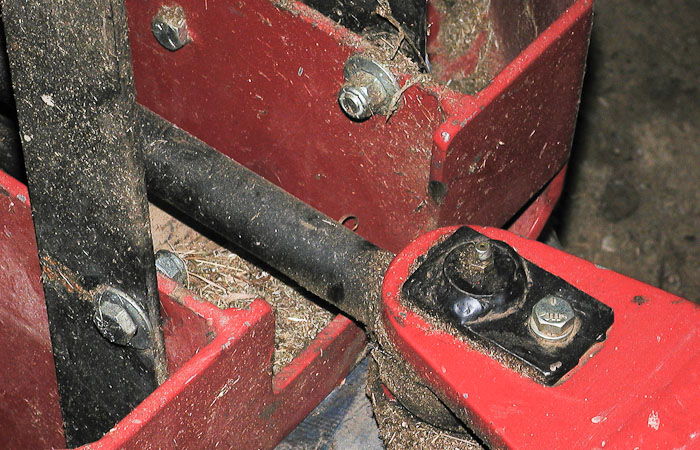